If you’re looking for new thrillers and murder mystery kids books to keep your middle-grade reader entertained, look no further! The following list will keep your child engaged and entertained for hours… just as summertime reading starts.

So, what are you waiting for? Scroll down and check out the list!

A suspicious death coincides with the exciting discovery of the fossilized bones of a 200-million-year-old dinosaur. Kat is on the case, but she’s also fending off accusations that one of her pets is attacking local animals, dealing with a challenging and perhaps dangerous relative, and wondering about clues she’s discovered about a strange local cult.

Twelve-year-old Monica Garcia has arrived in NYC with her grandmother and a few suitcases to live her dream on Broadway. She’s been chosen as an understudy to the star of Our Time, the famed Ethel Merman Theater’s last chance to produce a hit before it shutters its doors for good. Along with her fellow castmates—a.k.a. “the squad”—Monica has a big and very personal reason for wanting this show to succeed.

But rumors of a long-running curse plague the theater. And when strange and terrible things threaten their hopes for a successful opening night, Monica and the rest of the squad must figure out how to reverse the curse before their big Broadway debuts.

Join Theo’s adventures from the beginning in this deluxe box set collection of the first six Theodore Boone books: Kid Lawyer, The Abduction, The Accused, The Activist, The Fugitive, and The Scandal.

Brimming with the intrigue and suspense that made John Grisham a #1 international bestseller and undisputed master of the modern legal thriller, Theodore Boone’s trials and triumphs will keep murder mystery kids readers hooked until the very last page.

Myrtle Hardcastle—twelve-year-old Young Lady of Quality and Victorian amateur detective—is back on the case, solving a string of bizarre murders in her hometown of Swinburne and picking up right where she left off in Premeditated Myrtle and How to Get Away with Myrtle.
When the proprietor of Leighton’s Mercantile is found dead on the morning his annual Christmas shop display is to be unveiled, it’s clear a killer had revenge in mind. But who would want to kill the local dry-goods merchant? Perhaps someone who remembers the mysterious scandal that destroyed his career as a professor and archaeologist. When the killer strikes again, each time manipulating the figures in the display to foretell the crime, Myrtle finds herself racing to uncover the long-buried facts of a cold case—and the motivations of a modern murderer. This murder mystery kids book will hook your kid immediately!

The Lost Twin:
A spine-tingling mystery set in a creepily atmospheric boarding school. Ivy must uncover the secrets behind her twin sister Scarlet’s disappearance before it’s too late. This is the story of how I became my sister…

The Whispers in the Walls:
The twins have been reunited but are not out of danger…Evil Miss Fox may have fled the scene, but headmaster Mr. Bartholomew is back, imposing a reign of terror with his threats of epic punishments should any of the pupils step out of line.

The Dance in the Dark:
With their evil headmaster, Mr. Bartholomew, safely out of the picture and kindly Mrs. Knight in charge, life at Rookwood School is looking up.

The Lights Under the Lake:
It’s summer, and as a special treat after the horrors of the last term, Mrs. Knight announces a school trip to Shady Pines Hotel on the shores of Lake Seren. Scarlet and Ivy are thrilled to get away from Rookwood for a break!

The Curse in the Candlelight:
It’s a brand-new term for Scarlet and Ivy, and the girls are intrigued by a fascinating new girl, Ebony. She’s as enchanting as she is mysterious, and she’s begun to gather quite the following – in fact, most of the younger girls appear to be under her spell.

The Last Secret:
When Scarlet and Ivy return to school after the holidays, they quickly realize that the school is in danger. The twins will need to confront enemies from their past and present if they have any chance of it surviving.

The truth is out there somewhere . . . but how far is Jack willing to jump to find it? Jack Phillips’s allergy to sunshine confines him to the shadows, leaving him lonely and at risk of life-threatening burns every time he steps into the light. Shadow jumping on the rooftops at dusk makes him feel alive. And free. But Jack’s condition is suddenly worse than ever, and only his missing scientist dad can save him. As Jack and his new friend, Beth, begin their frantic search and delve into his dad’s past for clues, they have no idea what they will uncover. Shocking rumors and dark secrets bombard them at every turn. Jack is brave on the roofs. But can he find the courage to face the truth?

Rising sixth grader Miss Moses LoBeau lives in the small town of Tupelo Landing, NC, where everyone’s business is fair game, and no secret is sacred. She washed ashore in a hurricane eleven years ago, and she’s been making waves ever since. Although Mo hopes someday to find her “upstream mother,” she’s found a home with the Colonel–a café owner with his forgotten past–and Miss Lana, the fabulous café hostess. She will protect those she loves with every bit of her strong will and uncompromising attitude. So when a lawman comes to town asking about a murder, Mo and her best friend, Dale Earnhardt Johnson III, set out to uncover the truth in hopes of saving the only family Mo has ever known. This one is for all the thriller and murder mystery kids readers!

If you enjoy Nancy Drew, Hardy Boys, and The Boxcar Children, you’ll love the ‘Ava and Carol Detective Agency’ series, a thrilling mystery series for children of all ages.

Almost a year has passed since Stella and Tom discovered a time tunnel and traveled to early 1900s London, where they befriended Emma, Lucy, and Jack.

The magical moles that made the tunnel and secret lake appear have since vanished, but the children are longing to meet again.

Then an illness, which puts Emma’s life in danger, changes everything. The moles reappear when needed, and Lucy realizes the only hope of finding a cure lies in the future.

So unfolds a thrilling tale of time travel, rekindled friendships, and new threats that no one could have foreseen…

Enola Holmes–younger sister to Sherlock Holmes–is back on another case!

Enola searches for the missing Lady Blanchefleur del Campo, and she discovers that her brother Sherlock is just as diligently searching for Enola herself! Sherlock and Enola must solve a triple mystery: What has happened to their mother? And to Lady Blanchefleur? And what does either have to do with their brother, Mycroft?

Violet Veil is ready for her next big case, and with trouble afoot at the Grecian Theatre, Violet and her dog Bones are hot on the trail. But just who is the mysterious fortune-teller, Lady Athena, whose predictions keep coming true? Is it all just a case of smoke and mirrors? Or is there something more sinister going on…?

Perfect for fans of Stranger Things and The Miscalculations of Lightning Girl, this “thrilling, fast-paced” (School Library Journal) second book in the Maggie and Nate Mystery series follows the friends to Yellowstone National Park, where they must track down a deadly creature amidst a series of natural disasters. Young murder mystery readers adore this thrilling book!

When twelve-year-old Emma Keane’s grandfather disappears from his mansion in rural Pennsylvania, she thinks he’s staging another publicity stunt. After all, he’s a celebrity pet guru and has done plenty of odd things in the past. But then her mother also vanishes, and now all the stories about the sightings of magical creatures and mysterious vanishings have come true.

Ali Cross has always looked up to his father, former detective and FBI agent Alex Cross. While solving some of the nation’s most challenging crimes, his father always kept his head and did the right thing. Can Ali have the same strength and resolve?

When Ali’s best friend Gabe is reported missing, Ali is desperate to find him. At the same time, a string of burglaries targets his neighborhood — and even his own house. With his father on trial for a crime he didn’t commit, it’s up to Ali to search for clues and find his friend. But being a kid sleuth isn’t easy — especially when your father warns you not to get involved! — and Ali soon learns that clues aren’t always what they seem. Will his detective work lead to a break in Gabe’s case or cause even more trouble for the Cross family? For young fans of murder mystery books and thrillers.

A bizarre chain of events begins when sixteen unlikely people gather to read Samuel W. Westing’s will. And though no one knows why the eccentric, game-loving millionaire has chosen a virtual stranger—and a possible murderer—to inherit his vast fortune, one thing is sure: Sam Westing may be dead…but that won’t stop him from playing one last game!

This stunning box set features the reissued editions of books 1-4, all with gorgeous covers that hark back to the era in which the series was first published. This beautiful deluxe set is a must-have for all collectors and is also the perfect gift for hooking new readers on the girl sleuth.

The twelve-year-old villain, Artemis Fowl, is the most ingenious criminal mastermind in history. His bold and daring plan is to hold a leprechaun to ransom. But he’s taking on more than he bargained for when he kidnaps Captain Holly Short of the LE Precon.

The perfect gift for aspiring detectives or longtime Hardy Boys fans!
The first five books in the classic mystery series are packaged together in a collectible box set featuring a beautifully designed slipcover. Titles included are #1 The Tower Treasure, #2 The House on the Cliff, #3 The Secret of the Old Mill, #4 The Missing Chums, and #5 Hunting for Hidden Gold. 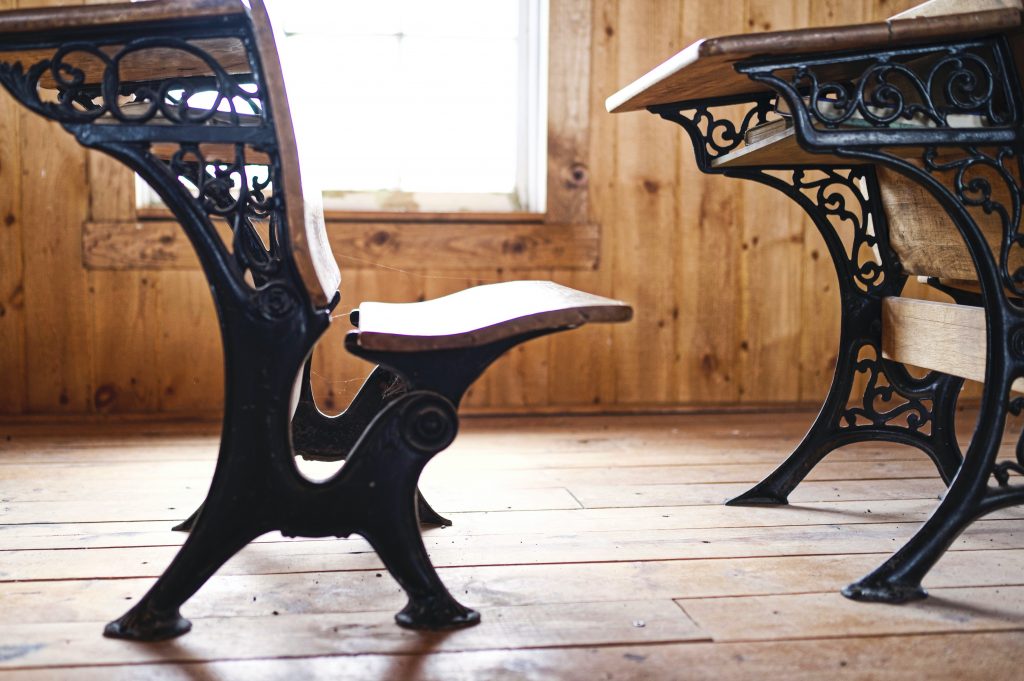 Why Reading More Books Gives Kids an Edge in School

Reading is one of the most important activities a young person can do. It helps… 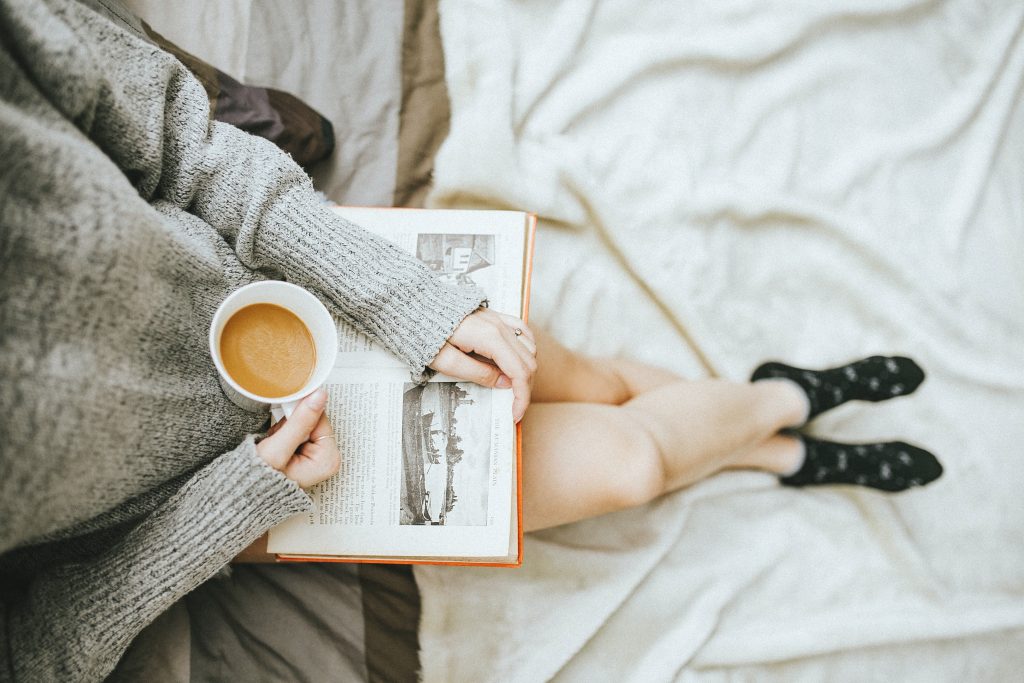 You’re busy, and you have a million things going on. That doesn’t mean you can’t… 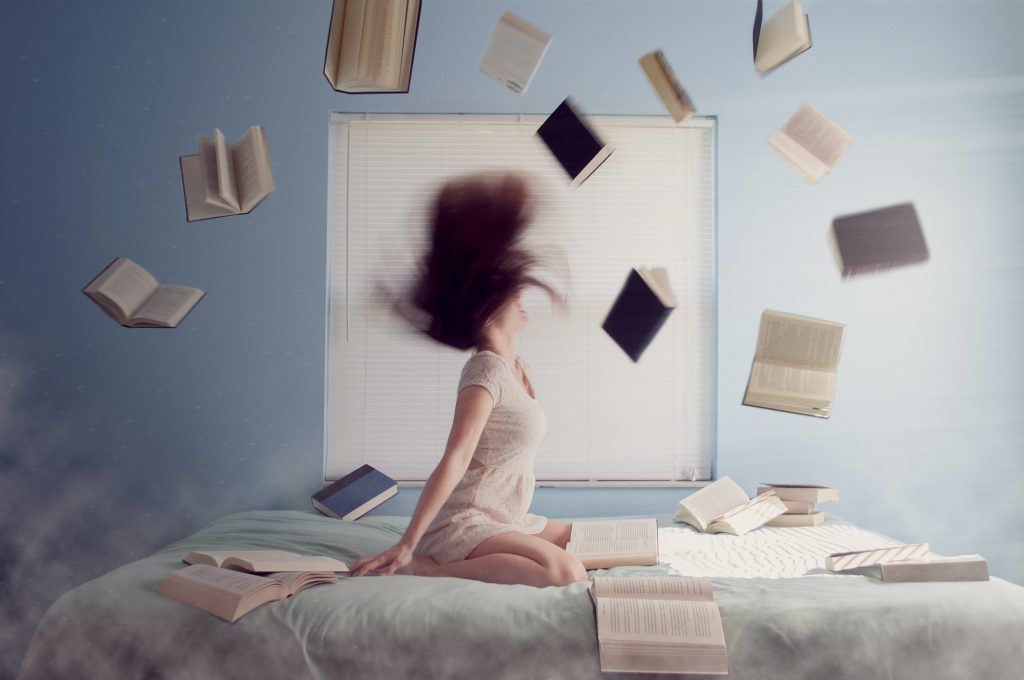 Do you love reading? If so, you’ll love these gadgets for book lovers! Whether you’re… 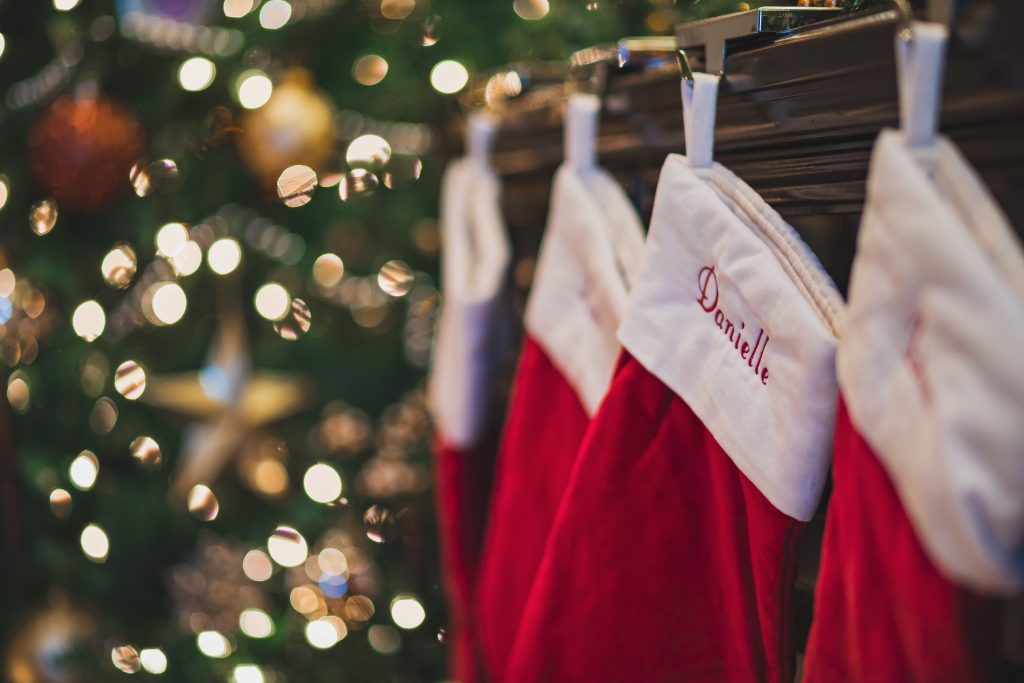 Are you looking for the best stocking stuffers for readers? From bookmarks to reading lights,… 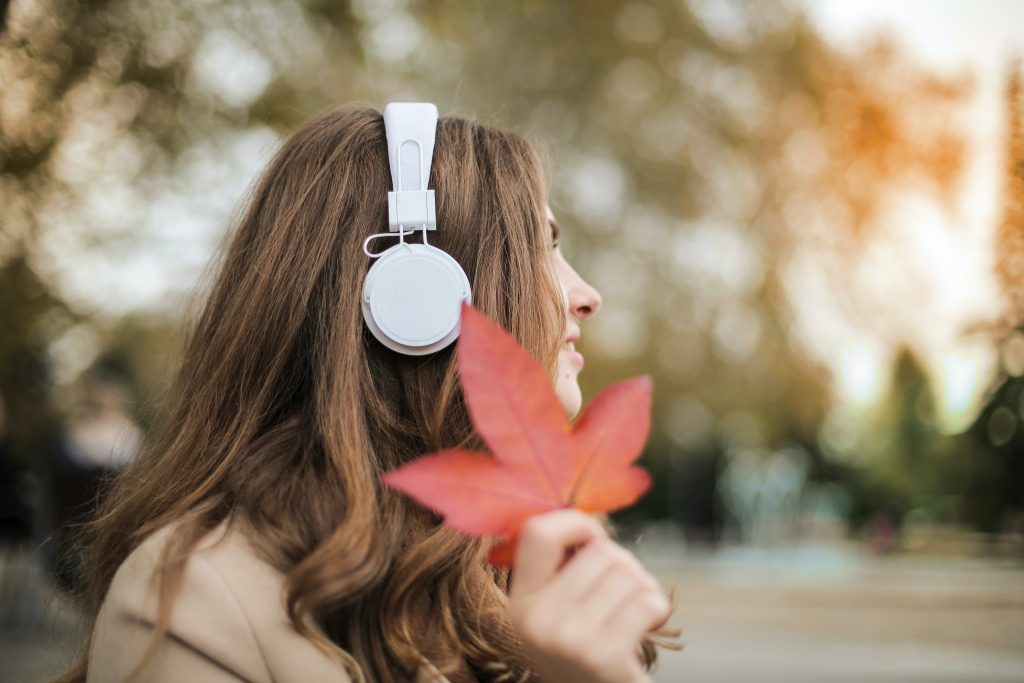 Are you looking for the perfect gift for an audiobook lover? If you have an… 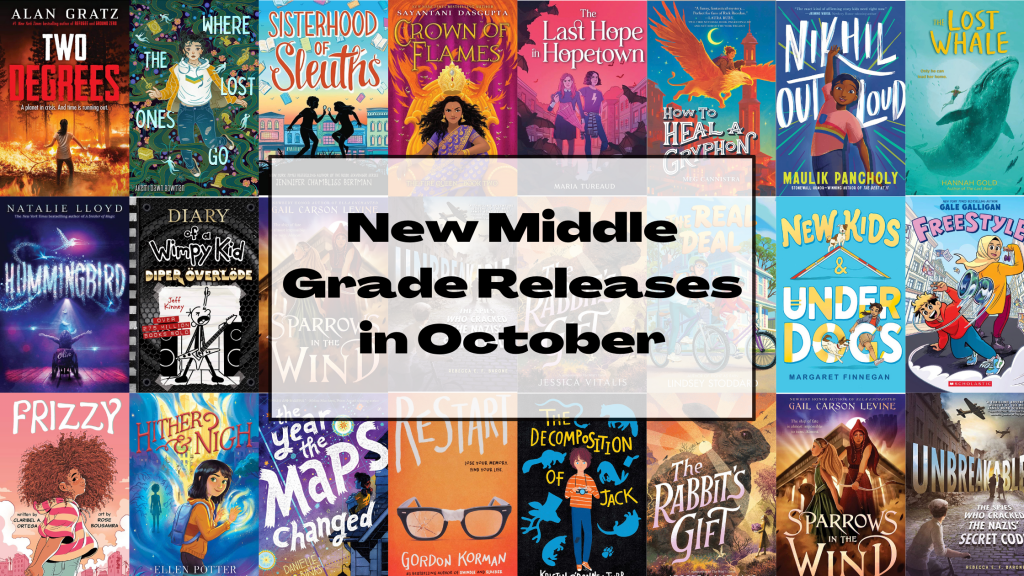 If you’re a fan of middle-grade books, then you’re in for a treat this October!…

There you have it: our list of the best murder mystery kids books for middle-grade readers in 2022. We hope your children enjoy reading them as much as we enjoyed putting this list together! If you’re looking for more recommendations or want to stay up-to-date on all things children’s literature, be sure to subscribe to my newsletter. And remember, if your school library is looking for new additions, feel free to reach out and let me know. I’d love to help!

Do you need Grammarly Premium? Why it’s worth It.
Next Post:Is Your Middle Schooler Really Ready for YA Books?